Andrology is a discipline dealing with the diseases and functions of male genital organs. It includes the functioning, abnormal functioning, investigation and treatment of male fertility and sexuality. By now the scope of activities cover the issue of male contraception and male menopause as well.

WHAT DOES MALE FERTILITY DEPEND ON?

Male fertility depends on the quality of sperm. It is affected by the number of sperm, morphology and movement properties. In the case of infertile couples, infertility can be traced back to male or female origin in 40-40%.

If the sperm count is low, less sperm reaches the egg in natural conditions. If there is an abnormality in the sperms' movement properties or in morphology, the chance of survival in the female genital organ is reduced, or it is more difficult to reach the ovum.

WHAT ARE THE POSSIBILITIES OF TREATING MALE INFERTILITY?

WHAT KIND OF GENETIC CAUSES CAN ACCOUNT FOR MEN INFERTILITY?

10-15% of married couples are childless against their will.  In 35-40% of the cases only men are responsible for the couples' infertility. 15% of male infertility cases is estimated to have some kind of genetic abnormality behind. Sperm count test gives us information about a decreased sperm count due to genetic disorder (oligozoospermia, in case of which the number of sperms in semen is below 5 million / ml) or the absence of sperm (azoospermia). Although many of the complex genetic causes in the background of male infertility are still unknown, there are many possibilities for examining known genetic causes.

After careful andrological specialist examination, in case of an abnormal spermatogram, genetic examination is recommended. Genetic counseling is especially recommended before using different methods of artificial insemination (so-called assisted reproduction), on the one hand, to clarify the background of infertility, on the other hand to determine the risk of transmitting a possible genetic disorder to a male offspring.

WHAT TO DO BE BEFORE THE EXAMINATION WHAT SHOULD I PREPARE FOR?

Our colleagues or, if necessary, our doctors provide accurate information about all important details, when fixing the date of the consultation / examination.

HOW LONG DOES AN EXAMINATION TAKE?

Depending on the type of tests your doctor will carry out, the time may range from 30 to 60 minutes.

WHAT TO DO BE BEFORE THE EXAMINATION, WHAT SHOULD I PREPARE FOR?

Medical records will be available in 1-2 weeks after the examination, which will be sent you via email upon request. 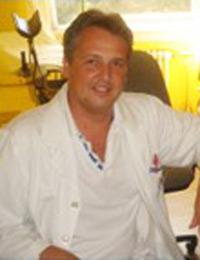